5 Reasons to Spoil Yourself with a New Sweatshirt

The Latest Designs and Cuts in Bridal Lehenga Choli

5 Reasons Why Abu Dhabi Is An Ideal Shopping Destination

How to Reduce the Appearance of Dark Circles? 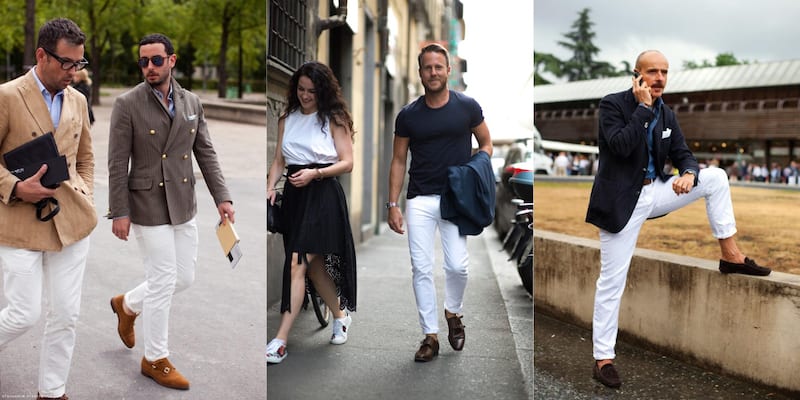 Off-White asymmetrical shirts and polo’s, Y / Project’s corkscrew jeans, facets wrinkled jackets: the flexibility was on Wednesday at Parisian men’s fashion shows for the fall-winter of 2018-2019.

At Off-White, Milan-based brand of American designer Virgil Abloh, the street wear spirit is still there and permeates the wardrobe of the active man: suit trousers and tie are worn with a waterproof hoodie, the prints tie and dye or spray paint splash suits or shoes.

The designer explores the cloakroom of work with trousers and jackets with pockets. The style is urban, hip hop, sometimes rock, like this dark blue damask velvet jacket that could go to Mick Jagger.

The clothes have undergone a twist: the shirts are buttoned obliquely, the seams of the jeans are wrapped around the leg, a polo is pleated on the side, a sweater is twisted around the waist.

At the Japanese brand Facetasm, men and women parade together.

And once is not custom, the models express emotions: some smile, discreetly, frankly or in a forced way and scary limit. Others have cheeks dripping with tears. Some look satisfied, others a little lit, their faces covered with a fine black fence.

Dreadlocks on their heads, they wear clothes from which threads and fine braids come out. In this colorful sportswear- themed wardrobe, made of overlays, the fabrics are wrinkled, creased, twisted. As with Off-White, shirts are worn at an angle.

The parade is also mixed at Y / Project, label of the Belgian Glenn Martens, who declines the pants pulled to the extreme of which it is customary, and subjected the same treatment to Ugg boots which become disproportionate waders.

The designer plays the trompe-l’oeil, upsets the markers: the belts and collars are doubled, the sweatshirts and pullovers make creases, the top of the jeans overflows above the belt, the linings of the costumes or coats come out in the open.

A collection that “fuses two bodies,” said Glenn Martens. “You have two coats and two jackets in one. It’s a mix of pieces. You never really know where the first body begins and where the second ends, you have to define it yourself, choose how you want to wear the pieces. “

At Julien David, the public is confronted with live paintings, whose models wear dog masks.

“I wanted to study the human species with a little distance,” said Julien David. If we see the faces of the models, “we have presuppositions about them,” he said.

The silhouette is young and favors comfort: the man wears cuffed trousers above the ankle, with sneakers that have lived or walking shoes. Sometimes he puts his socks over his pants, wears bibs with thin straps, tracksuits bright colors.